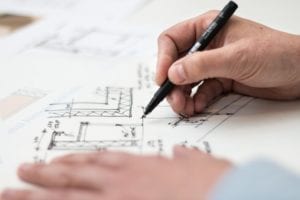 You have not started making your home yet, but you and your partner have already imagined it thousands of times. Maybe you are one of those who want a huge house: “total, once you get in, there will be little difference!”. Or maybe you prefer something tiny because: “bigger than the little apartment where we live now is always going to be!”

Whatever your case, you are wrong. Things have to be done well and in their proper measure. And the first step to do well is to know how much money you can have and calculate how many square meters you can afford in your home.

Why Do I Need To Calculate The Square Meters That My Home Will Have?

In a previous article, I told you about the price ratios per square meter of built housing. These real execution prices were around $ 900 / m2 and around $ 1300 / m2 if we also include all costs (taxes, licenses, project, hooks, technicians, notary …). In the garage areas, storage rooms or terraces this ratio would be approximately 50%.

Unless you have a lot of money, you want to know how many square meters your house will have. So you can estimate what it will cost you.

There Are Two Main Ways To Save Money In The Execution Of Your Home:

1.- Lowering qualities. You can save more than 10% if you replace some common attributes for some essential

How do I optimize the square meters?

Decide how many stays you really need

It is better to design multi-purpose rooms.

You have 2 children (or you want to have them). Maybe you’re interested in a room where you can put twin beds and another room for a toy room. When they grow up, they will not need a toy room, but they will want a single room for each one. Well, they are reconverted. Better than to do directly 3 stays.

Do you really need 3 bathrooms? The same serves a general toilet and then, in the night area, 2 bathrooms. The difference can be 2 square meters. And beware, bathrooms are the most expensive rooms in the house.

Decide Which Stays You Will Prioritize 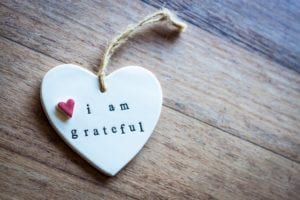 You must think of each room as a microproject and reason the actions you will perform in each of them.

Do you want to eat in the kitchen? If “no”, then do not design a kitchen with a surface to put a table where 6 people eat. Just remember to put it very close to the living room and be able to access it comfortably.

Do you really want a large terrace? If you are convinced to eat there in summer, do it. If you’re not, it might be better to leave that porch for the future.

Remember: think about what you give priority to . You can not give priority to everything, because if you do, the word loses its meaning. In addition, it is more than possible that you do not have infinite money.

And if you fancy a dressing, you do it. And period. But you do it because you want it and you will use it, not “just in case”.

A pool takes up a lot, and the rooms were huge. To this day, years later, neither of them has planned to place the pool. Yes, their priorities changed (it’s normal and common), and billiards was in the background.

What is the problem? that the room was optimized superficially to take it. If it does not, it’s m2 (which is $) that could have been saved or invested in other things.

What Is A Useful Surface And What Is The Constructed Surface?

Well, we have already decided the rooms we will have, and whether they will be large, small or medium. These surfaces are useful surfaces.

However, all that is built is the constructed surface. It is the area delimited by the outer perimeter of your house.

There are elements such as partitions, enclosures, pillars … that occupy a built surface, but not useful.

At this point, you will have come to the conclusion that the constructed surface that is not useful surface, will be a “ballast” for your economy. It is surface that you are going to pay but, somehow, you will not enjoy it directly. This surface is usually around 20%.

Only in terms of enclosures, today and in the day, the regulations require us to have minimum qualities (which, to my way of understanding is totally logical), according to which it is very difficult to lose 40 cm of thickness. If we had a perimeter of 50 meters, we would be talking about 20 m2 of non-useful built surface.

There is also a surface that, although useful and necessary, can not be used 100%. It is about surfaces of passage and encompasses the surfaces of corridors, hall, stairs, etc. A good design will minimize these surfaces in favor of the surface of the other rooms.

You should know that if you have many rooms or very large rooms, the distribution of the plant is very damaged, requiring many areas of passage. That is why it is very crucial to optimize the number of rooms and their surface.

For example, if you pass the 130 m2 of housing, it is possible that it is better to make the house on two floors instead of one. This implies that you will need to make stairs that will occupy about 7 square meters. 7 square meters of surface that are “lost” in each of the two floors. If, on the other hand, you decide to do it in a single floor, you will need a lot of passage surface to reach all the rooms, besides the design will have to be optimal so that all the rooms have their facade part with natural light.

Before following  basic design recommendations , you should know how much money you can have to make your home. Based on that, you should estimate the rooms you really need, which of them you want to prioritize and calculate: the useful area of ​​all of them, and the constructed area of ​​the whole.