The way slabs are those who need support in two of their ends, beams to transmit loads wrought through them to the pillars and from there to the foundation.

Unlike in unidirectional slabs, bidirectional slabs do not need support at the ends to transmit the loads, but rather the slab loads are transmitted in both directions, creating a lattice until they reach the pillars through the abacus (then concrete).

Unidirectional Forging Of Joists And Vaults

From this transmission of loads from the slab to the beams, the joists, which are prefabricated concrete elements, with prestressed reinforcement, are supported by the formwork of the beams to concretize together and form a monolithic element.

The joists can be semi-resistant or self-supporting, the difference between them being the ability to withstand loads before being concreted and being integrated into the slab. The semi-resistant ones need a lower shoring until the slab has acquired all its resistance, while the self-supporting ones do not need this shoring because they have sufficient bearing capacity since their placement. 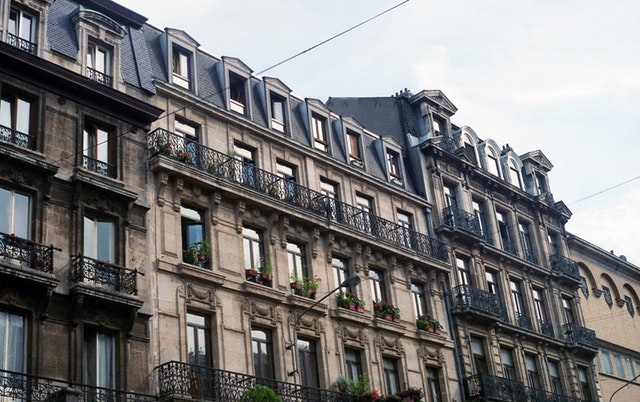 For the transmission of the loads to be effective towards the beams, it is necessary that there is a connection between the joists and the beams. Sometimes this connection is solved by introducing the joists in the beams, and in others, you can choose to place connectors that join both elements. These connectors are simple corrugated steel rods that are placed in the “kidneys” of the joists and inserted into the beams.

The strength of the slab is based almost entirely on the joists, so that the space between them is hardly relevant in terms of the ability to withstand loads, so it is not necessary that there is complete concrete mass between two joists If so, much of that concrete would not work at all, so it would simply be contributing weight to the structure. This is solved by placing lightening elements supported between two joists so that the part of the floor between joists that do not work that of the lower area is not concrete, but a much lighter element without structural capacity. These elements are the vaults.

The vaults are usually made of concrete, although they can also be used of ceramic or porexpan material (the typical white cork of balls), with which we can further lighten the weight of the slab.

Obviously, all these elements, before becoming part of the already concreted structure, need to rely on the forged formwork to be able to be mounted. The formwork can be of complete planking (the entire surface is a wooden “floor” on which you can walk to work on it by mounting the slab), or it can be partial formwork, in which only the areas of the beams formwork where the joist heads to rest and the vaults rest on them.

These partial formworks save a large amount of formwork wood, but they require working from the lower floor with auxiliary means until a support surface is formed, which must also be protected to avoid falls between the joists.